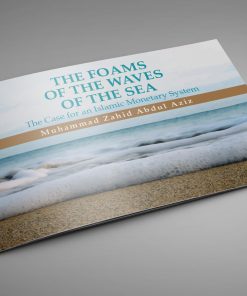 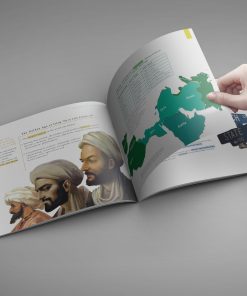 The Foams OF The Waves Of The Sea – Book

The Foams OF The Waves Of The Sea – The Case for an Islamic Monetary System.
By Muhammad Zahid Abdul Aziz

A scintillating book that unravels the destructiveness to humanity of the seemingly innocuous monetary and banking system that has persisted in our world. Beyond the glint of the planet’s wealth that spins further and further into fewer and fewer hands lies the collective privation, misery and sacrifice by the unheralded and the unvoiced mass of humanity. The writer connects the dotted line and reveals the cause and effect from the depths of world poverty to the orgy of wealth in the hands of the few, delivered by a system that earns a declaration of war by the Creator and His Prophet.

The book is a summarized culmination of the writer’s deeply considered thoughts based on a quarter of a century in the Islamic Muamalat World. The Winner of IIUM Best Student Award 2012, for Islamic Banking and Finance, the writer is considered a rare bridge between the World of Islamic Finance Industry Practices, and the World of Islamic Finance Academia. He fills in the gaps the Academicians leaves out in their Discourse and he prods the industry towards the ideals they forsake.

In easy to read form with principal points that jumps to the eye the busy reader is spared a tedious plough into a heavily worded book. A comprehensive bibliography however allows the reader to pursue a deeper study.

The writer takes the Muslim ummah specifically on a journey that enlightens them on how they arrived to be, at the end of time, the living manifestation of a famous hadith that predicts them to be weak at the end of time like the foams of the waves of the sea. And the writer details how they can indeed turn the tide and regain their past glory.

A powerful message that needs to be heard at this end of time. A message to lead that poses no threat to the rest of the suffering humanity.

There are no reviews yet.